Humans need oxygen to breathe which the ocean provides more than 50% of it but people don’t realize. We eat fish to stay healthy which is given by the ocean but we never appreciate. We make money from turning a place into an attraction for tourists which is the ocean but we never take care of it.  One day, all of these amazing resources and services that the ocean gives us will be gone because of human.

Every day, there are people who do fishing in illegal ways. In Cambodia, trawling is very popular but only allowed when it is deeper than 20 meters. However, people usually don’t respect the rule. Trawling in shallow water can cause damage to the ocean surface such as destroying the coral reefs and seagrass which are the marine habitats for many different kinds of fish to secure themselves from their preditor. Besides, these habitats also provide food for some of the marine animals. Imagine, if these habitats are destroyed, how would the animals that depend on the coral reef and the seagrass survive? I can say they would barely live in this situation. Moreover, there is even an electric trawling which is much more harmful than the normal trawling. Electric Trawling will grab all the things that are on its way even if they are small fish. After the fish are being collected from electric trawling or from trawling, the unwanted or unneeded fish that have trapped and died already will go back into the ocean. In this state, the population of the fish will be reduced.

When a place becomes a tourists attraction, there will be developments happen in that area. For the ocean, there might be a bridge that will cross to the island just like Koh Pous Bridge. There might be buildings around the coastal area or on the island. Building these things aren’t always good as they look like. For example, building the bridge that crosses the ocean can destroy the ecosystem that is underneath it. The bridge might be built on the beautiful coral reefs or seagrass which will cause damage to these habitats and other fish. Therefore, we need to consider it deeply before doing any coastal developments.

It is common to see people throwing trash everywhere in the country. But where do these trash go? Well, it will eventually go into the ocean because of the wind. In Cambodia, some of the trash that can be found in the ocean are plastics and ghost fishing gears. Usually, marine animals such as sea turtles will confuse plastics with their food and so, they will eat those plastics. Consuming plastics won’t give you any protein or energy. Besides, it will harm you. Therefore it is really dangerous to have plastics in the ocean. While plastic can threaten marine animals, so can the ghost fishing gears? Fish can be trap in the net that has been left in the ocean from the fisher which considers being ghost fishing gear. Because the fish can’t go anywhere, it can die from starving. There are also other ghost fishing gears such as fishing tackle and many more. This ocean pollution problem can also reduce the population of the fish. Also, trash can decrease the beauty of the ocean. Therefore, will the polluted ocean attract as many tourists as it did before being polluted?

Illegal fishing, coastal developments and ocean pollution are the main costs of ocean threat. If we don’t do anything to stop or reduce these activities, our ocean will get destroy one day because of our inconsideration.

Marine Traveling Theater is an exploration where we performed a short play that we’ve created about ocean threat which our goal is to encourage people to conserve and protect marine life. Our facilitator for this exploration is from Marine Conservation Cambodia (MCC). 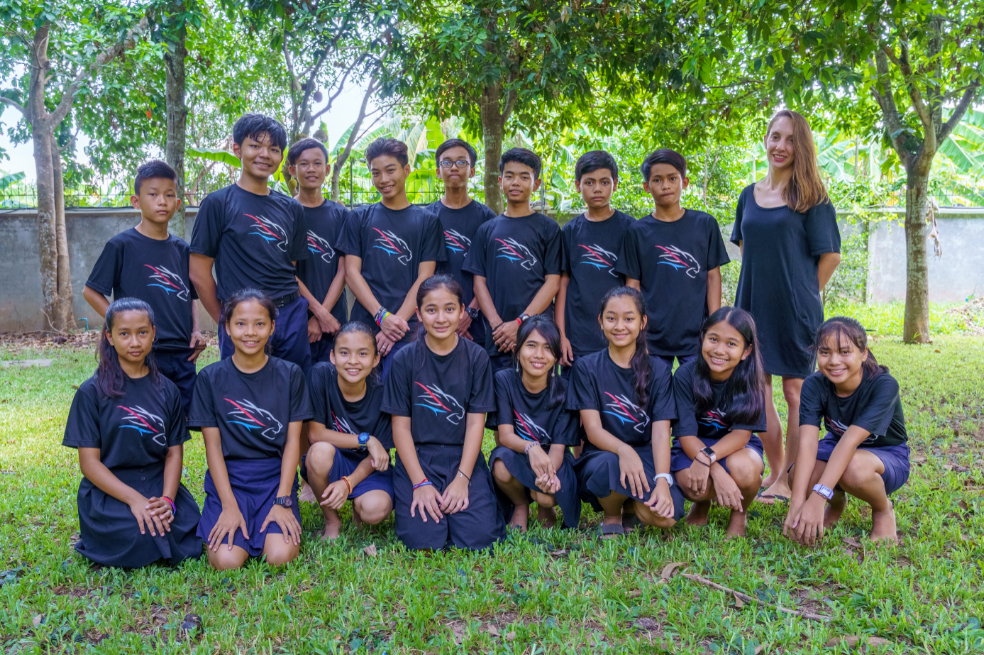 Before we can create a play that’s related to the ocean, we have to understand marine life and it’s ecosystem first but also the theater. We spend our first two or three weeks trying to have general knowledge and idea about these two subjects including ocean threats, marine ecosystem services and roles in theater. We even go to explore underwater life through snorkeling to see the beauty of the ocean but also to understand more about it. After learning about these things, we were able to divide roles in creating this play. Some of the theater roles include director, actors, costume designer, screenwriter and many more. After all the hard works that we’ve done, we were able to create a play called New Beginning.

A little girl finds out that her beloved ocean is being polluted: the adventure begins! Will she be able to make a change toward pollution or will this problem continue to impact the ocean?

We chose to create a play about ocean pollution because it is the problem that can be solved through the acts of throwing the trash in the bin and reducing single-use plastic. We believe we can influence people to do these actions through our play while illegal fishing and coastal developments need more movements.

What Have We Done?

Because our play is about protecting the ocean, we chose the people around the coastal area to be our target audience. We got a chance to present our play to Sala Monkey and Kep Garden which gave us two performances in Kep. By performing our play to the kids, we hope that they will understand about it and pass the information to their families and other people because we believe that kids can make a change. 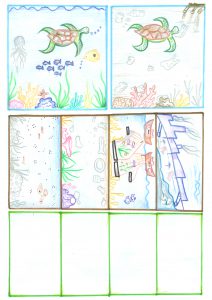 To make our play more influence and effective to the kids, we decided to do an activity about ocean threats with them. We explain the effects of ocean threats and give them a chance to find the solutions they can.

We also got the opportunity to perform our play on Ocean Day at Trapeang Sangkae Community Fisheries. Because of all the opportunities we got, we are really grateful that our play has reached out to many people.

Finally, we hope that we can make a change toward ocean pollution through this play and people would take action altogether.

Simple Acts of Throwing the Trash in the Bin & Reducing Single-use Plastic Can Help Save Our Ocean!

Liger Leadership Academy students are English Language Learners. They have been immersed in English since arriving at Liger, We pride ourselves on prioritizing process over product. Please excuse any English errors as part of the learning continuum our students have taken over the years. 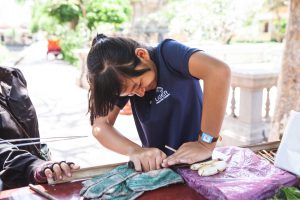 Marhaba! My name is Viriya and I am 14 years old, a student from Liger Leadership Academy. I was born and raised in Siem Reap province. For me, learning new languages has always been my passion because I want to communicate with people from different countries by using their languages. I believe that life can always have many dreams and if we believe in them, we can succeed them. Gracias!